The term Strachítunt derives from the translation of the word for “round Stracchino-cheese” into the Bergamo dialect. A raw-milk blue-veined cheese, it belongs to the Stracchino family, with which it shares its origins and tradition. Strachítunt is made with whole and raw cow’s milk using the ancient “two curds” technique, which consists of joining layers of evening curd (commonly called “cold curd”), left to drain in a linen cloth for at least 12 hours, with the morning curd (commonly called “hot curd”). The two curds are molded in a cylindrical shape with flat sides with a diameter of 25-28 cm and a straight or slightly round faces of 15-18 cm.

During the minimum maturing period of 75 days, the two sides of each mould are punctured to boost the development of moulds that are naturally present in the cheese, giving it the characteristic blue-green veins. 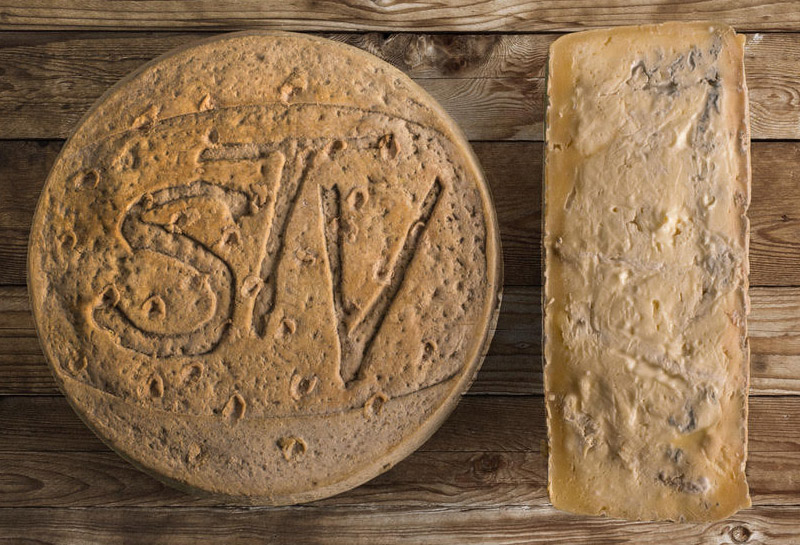 The moulds, i.e. the marbling, in the Strachítunt, which gives the cheese its spicy taste, are never standard or uniform and the shape can vary.

To the eye of a non-expert this characteristic may appear to be a defect; it is, however, due to the inherent nature of the manufacturing process, which does not include the addition of any penicillum, responsible for the formation of mould in other famous blue cheeses such as gorgonzola, and to the manual puncturing which is carried out during the maturing process.